Taxi Transfer Belgrade Sofia-Bulgaria’s capital is Sofia with about 1.2 million inhabitants, of a total of about 8 million inhabitants of Bulgaria.. The city of Sofia was formed and developed at the strategic crossroads of the Via Militaris road, which connected Western and Central Europe to the Near East and Asia, as well as the meeting of the roads connecting north and south from the Baltic Sea to the Aegean Sea. These were the military routes used by Roman legionaries, cruisers and warring armies, but also the paths that pilgrims led to the sanctuaries of the Holy Mountains of Atos, Jerusalem, and Mecca. Mostly they were the ways in which merchants transported gold and precious stones, amber, silk, rare spices and exotic goods, as well as the path of various researchers and the most important points of the description in their journals. These cultural routes of the Balkans where Eastern and Western civilizations encountered, which today mark the main European corridors, enable Sofia a very suitable position on the world tourist map.

When you visit Bulgaria’s capital whit taxi transfer Belgrade Sofia, you will meet rich historical, artistic and cultural treasures and have the opportunity to enjoy a unique gastronomy while experiencing cultural diversity. Nevertheless, everything will seem so close to you that you will immediately accept Sofia as your own. Sofia (the old name – Serdika) is the capital of Bulgaria and is located in the far west of this country, just 50 kilometers from the Serbian border. It is ideally positioned both for winter and summer tourism – it is located only 350 kilometers from the Black Sea coast, but also in the vicinity of the winter center on the Vitosha Mountain, 2.290 meters high. The surrounding area is rich with mineral springs and spa resorts. Today, Sofia is a modern European city that is hurriedly renewed after decades spent behind the Iron Curtain. In Sofia, you will see a multitude of beautiful Orthodox churches and rich historical heritage. Sofia was ruled by the Turks, Romans, Byzantines, Turks. The city’s name itself means wisdom, which is largely characterized by its historical development, which is contributed by the fact that it was never destroyed even during world wars.

The feeling you will have when you meet Sofia is a higher degree of tolerance and unwantedness to everyday problems. This is a city where everyone will find something for themselves. Departure to Sofia will open new ideas when it comes to traveling, whether in summer or in winter. In the end, is not it a feeling that we are in a familiar environment precisely the component that makes us feel more comfortable when we travel somewhere? Language, architecture, customs, culture – almost in all fields can be easily identified with the Bulgarian capital. That’s why she should definitely get a chance and visit her, whit our service taxi transfer Belgrade Sofia. 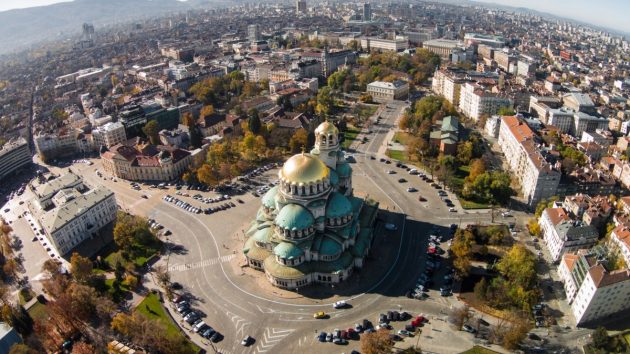